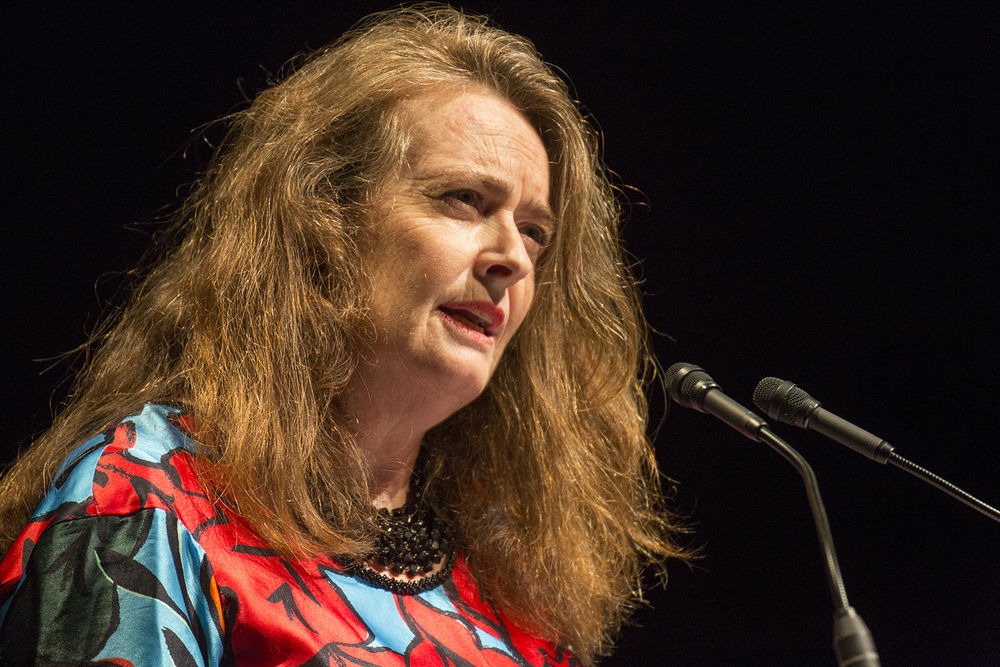 Our multi-talented Festival Director Anne O’Brien has advised us that, after eleven years at the helm, she plans to step down from her fulltime role after the 2022 Festival.

We are very grateful for all that Anne has done for our Festival and the literary landscape of Aotearoa over such a lengthy period and will greatly miss her energy, passion and skills.

During her tenure, Anne has overseen a burgeoning Festival, with increased programme size, turnover and engagement. Our attendance figures have increased from 25,000 to more than 83,000, thereby establishing Auckland Writers Festival Waituhi o Tāmaki as one of the best attended in the world. During this time she has worked tirelessly with a talented team and Board to bring a stellar line-up of renowned writers, both local and international, to the Auckland stage. Anne has also been an instrumental figure in the establishment of the ground-breaking Mātātuhi Foundation, the extension of the schools’ programme into development initiatives, and the growth of a committed and loyal group of sponsor, grant and donor supporters.

In announcing her departure, Anne says these decisions are never easy to make. “It has been an honour and a privilege to serve the writing community, the New Zealand public, and the Festival’s Board in a role which has presented unexpected challenges over the past few years, but has been immensely rewarding. I shall miss the role but am looking forward to a more flexible and varied work schedule, with arts and culture in the mix but with time and capacity to take on new projects.”

There will be an opportunity to farewell Anne in due course, but we are sure you join us in thanking Anne for her tremendous contribution and wishing her well for her future ventures.