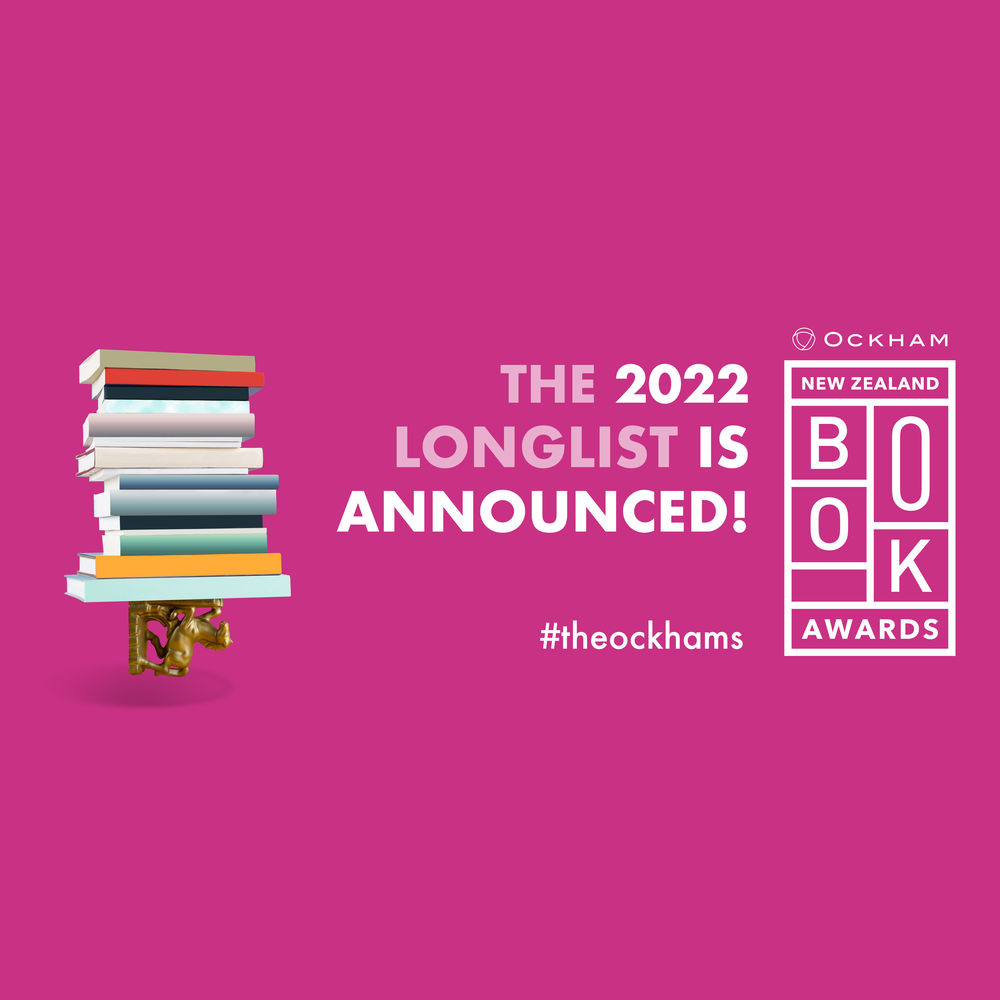 Books exploring politics, fashion, social change, war, contested histories and family relationships sit alongside works celebrating our natural world and the enduring legacies of our activists and artists in the longlists for the 2022 Ockham New Zealand Book Awards.

Forty poetry, prose and non-fiction titles make up the longlists announced today. Selected from an impressive and highly competitive field of 160 entries, works range from deftly crafted intimate worlds to full-colour books that soar in scope and scale. Ten of the longlisted works are by first-time authors.

New Zealand Book Awards Trust spokesperson Dr Paula Morris says that each of the four longlists speak to the diversity and excellence of books published last year, with both experienced and debut writers represented.

“The range of publishers reflects the ingenuity and high quality across the industry, including the smallest of independents, and the imagination and expertise informing every aspect of our local publishing landscape.”