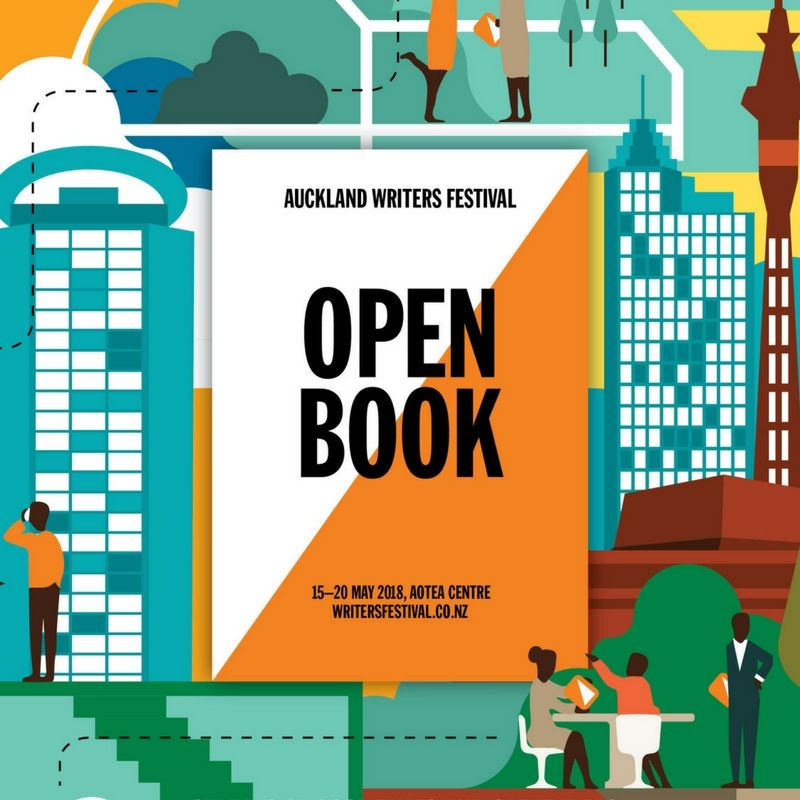 Women and men of all ages and children young and old flocked to the Auckland Writers Festival this week, which broke its own record with more than 74,000 seats filled across six days of tremendous conversations, performances, speeches and stand-up and long signing queues stretched across the foyers in the Aotea Centre.

The programme, the Festival’s most ambitious yet, hosted 230 of New Zealand and the world’s best novelists, playwrights, song writers, scientists, historians, children’s writers, illustrators, journalists and poets who took to the streets, filled the halls and entertained in the sparkling Festival tent, bringing extraordinary new ideas, and words to the thousands who came to see them.

Auckland Writers Festival director Anne O’Brien says the result is testament to people’s hunger for more substantive conversations and a deeper understanding of the world and each other.

“This has been an exhilarating six days with remarkable people and conversations on stage and in the foyers.

“We are living in charged times; rising inequality, #metoo, AI with its ethical quandaries and rapidly changing patterns of human behaviour to name a few. We heard these issues reflected across genres, in impassioned speeches and in sublime readings.

“We farewell these remarkable writers but are left inspired by their stories, and with a deeper understanding of the role we, as individuals, can play in the world.”

Witi Ihimaera received a sustained standing ovation as this year’s Honoured New Zealand Writer as did Fiona Farrell who delivered a thought-provoking lecture on the truth in fiction. Comedian and memoirist Robert Webb reduced us to tears of laughter and brought heart-warming insight into what it meant to be a man in the 21st Century. High-profile public intellectual A.C. Grayling expertly opened our eyes to the precariousness of democracy and Indian politician and writer Shashi Tharoor delivered an impassioned speech on the wreckage that colonialism brought to his country. The Black Friars gave a spontaneous gift-in-song to Damon Salesa at the end of his Michael King Memorial Lecture. Scottish historian, Rosemary Goring entered and exited the stage to bagpipes. Popular US neuroscientist David Eagleman provided an extraordinary insight into brain plasticity and its potential for our justice system. The future of humans in our socially wired world was compellingly reflected in Emma Mary Hall’s We May Have to Choose solo performance, with many parallels seen in ‘Big History’ expert David Christian’s talk about our transition from living in a biosphere to a knowledgesphere. Karl Ove Knausgaard confirmed his position as a writer rock star, with audience members proclaiming their love for him in question time!

Hundreds of people converged upon Call On O’Connell for an eclectic variety of short but sharp events that were by parts funny, moving and zany. The Auckland Town Hall was given over to the kids at Family Day on Sunday, and they were treated to performances of the wild and wacky variety. Audiences packed the Heartland Festival room to hear revealing conversations and powerful performances from songwriters Nadia Reid, Lawrence Arabia and Moana Maniapoto.

More than 6,800 students, from as far afield as Christchurch, filled the Aotea Centre for inspiring sessions with writers from Britain, US, Australia and New Zealand.

The cream of this country’s writers received honours at the Ockham New Zealand Book Awards –the opening event in the Festival’s public programme which this year celebrates its 50th anniversary. Pip Adam was presented with the $50,000 Acorn Foundation Fiction Prize – inflation adjusted to $52,000.

Auckland Writers Festival Board Chair, Pip Muir, says it is a real privilege to be part of an organisation that demonstrates such commitment to the power of words and the discourse of ideas.

“I sincerely thank the Festival staff for their hard work and tenacity delivering this truly world-class event and to the sponsors and patrons for their generosity and loyal support.

“This Festival has been an outstanding success. It will be a hard one to beat!” says Ms Muir.

The Auckland Writers Festival warmly thanks Platinum Partner Heartland Bank; Gold Partners: The University of Auckland, Freemasons Foundation, Ockham and Creative New Zealand; and all our Silver, Bronze and Supporting Partners and Patrons.