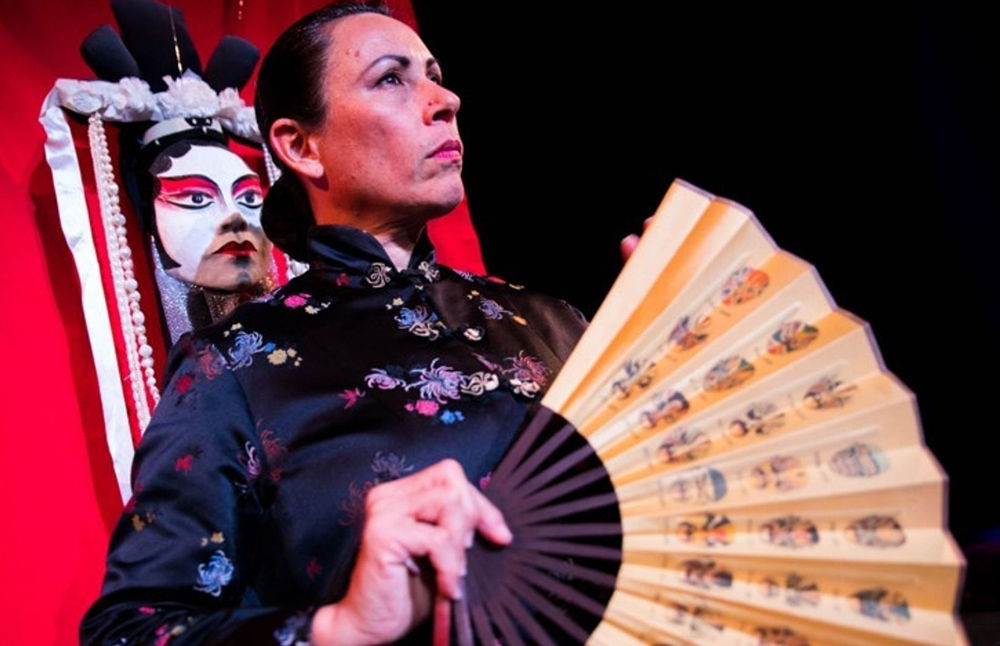 An epic story of love, laughter and loss across continents – spanning one hundred years from the 19th-century NZ Poll Tax to Tiananmen Square – told through the eyes of three generations of the Chinese Leung family as they resettle in New Zealand. As relevant now as when first performed in 1996, Ka-Shue (Letters Home) is written and performed by Lynda Chanwai-Earle with live music by Nikau Wi Neera. Described by Theatreview as “... a potent liqueur that resonates and radiates more with every sip”, this is both an important piece of New Zealand theatre and a moving portrait of home and belonging.

Performed in English and Cantonese.