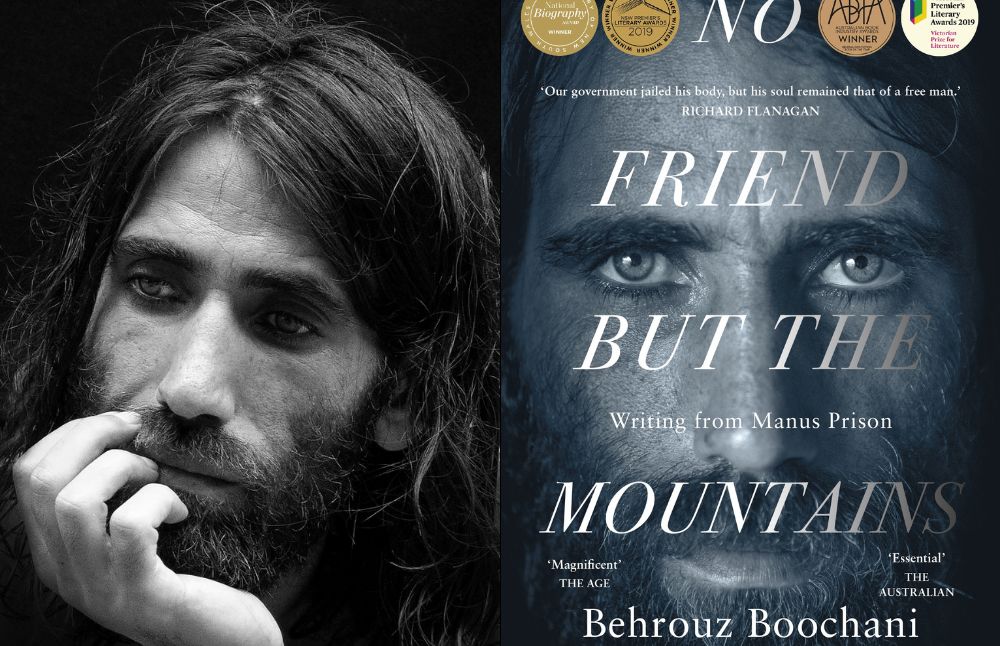 NO FRIEND BUT THE MOUNTAINS: BEHROUZ BOOCHANI

After fleeing from Iran in 2013, Kurdish-Iranian journalist Behrouz Boochani became a political prisoner, detained indefinitely in legal limbo in the Australian-run Manus Regional Processing Centre,Papua New Guinea. On a smuggled mobile phone, he chronicled six years of survival and witness, tapped out in Farsi in a series of single messages, and subsequently translated into English by Omid Tofighian. The result, Boochani’s against-all-odds No Friend But The Mountains: Writing from Manus Prison, has been much feted, winning Australia’s richest literary prize – the Victorian Prize for Literature – as well as a host of other awards. The Age called it an “...intense, lyrical and psychologically perceptive prose-poetry masterpiece”. Now resident in New Zealand, Boochani speaks with Julie Hill.